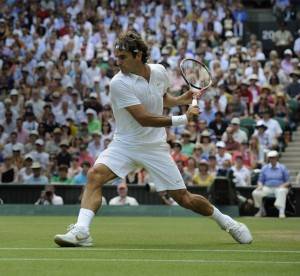 For over 30 years, Rolex has played an important role in Wimbledon’s history, and this one was going to be a really big one with Roger Federer.  You see, it was the 10-year anniversary and if Rog had won he would have been the greatest player alive and he would have done it with a Rolex on.

Poor Rog.  I think he truly does define what an athlete is.  He is always calm and composed on the court, unlike when McEnroe was out there playing, and he has beautiful strokes that look effortless as he smashes the ball across the court at top speed.  He is grace personified, both on and off the court and he is a winner, even if he lost in the second round.

As far as Rolex and Wimbledon, we know that the storied tradition of time keeping and tennis will continue, because why wouldn’t it?  A classy watch for a classy sport.  Now, Rolex just needs to come up with a watch that is specifically made for tennis.