A Watch Complication Doesn’t Have to Be Complicated 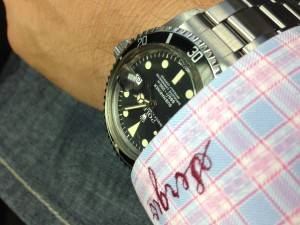 What is a Watch Complication?

According to Wikipedia (who knows everything ;)), a watch complication is any feature in a timepiece other than the hours, minutes and seconds.  And, the reality is that the more moving parts in a watch, the more difficult it is to design, create, assemble, and repair. A typical date-display chronograph may have up to 250 parts and a particularly complex watch may have a thousand or more parts.

How Many Kinds of Complicated is Complication?

The Day-Date Complications Made Less Complicated

Watch Anatomy – Watch MovementDo You Have a Vintage Watch or Is It Just Old?
Search
Recent Posts